How production demand affect the health and safety in super market?

How production demand affect the health and safety in super market? 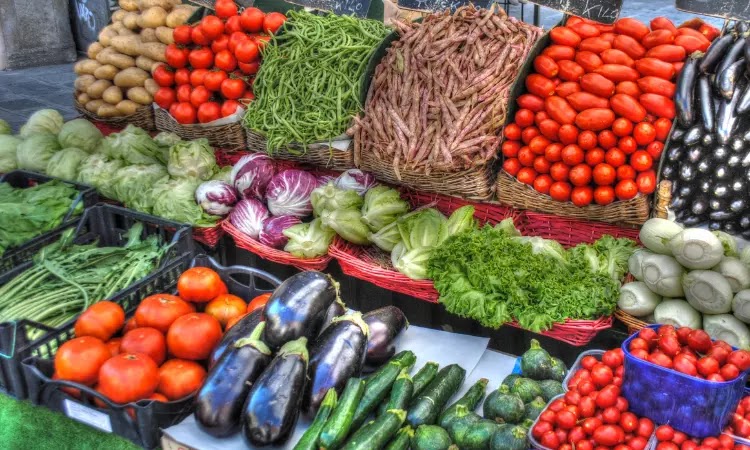 Food safety standards that developed countries impose on developing-country exports have sometimes created a barrier to market access. But in Latin America today, the standards set by supermarkets in the region affect local producers far more than do those imposed by developed countries. Latin American farmers sell 2.5 times more to supermarkets within their own countries than they export to the rest of the world. Drawing on case studies from several Latin American countries, this brief focuses on how supermarkets in the region have gone about imposing quality and safety standards on producers of fresh fruits and vegetables for the domestic market.

Supermarkets in Brazil, Costa Rica, Guatemala, Honduras, and Nicaragua holds 75 percent, 50 percent, 35 percent, 20 percent, and 10 percent of the retail food market, respectively. Supermarkets’ share of the retail market in fresh produce lags behind their overall share of the retail food market. In Brazil for example, supermarkets claim only about 30 percent of retail trade in fresh produce; the figure in Costa Rica is barely 10 percent. But supermarket retailing is rapidly overtaking traditional forms of food retailing in all of Latin America.

Supermarkets in the region have an incentive to impose quality and safety standards on fresh fruits and vegetables because doing so improves the health value of produce and the state of public health. Moreover, supermarkets have the kind of large consumer base and efficient retail approach that allows them to make profits from imposing quality and safety standards. Since supermarkets buy a significant portion of local produce and have the appropriate monitoring capacity, they can demand safety and quality from their suppliers of fresh produce. Higher standards for fresh produce may alter the structure of production in that sector and affect the rate of return of small producers diversifying into those commodities.

The Evolution of Supermarket Procurement of Fresh Produce

Procurement systems for the supermarket chains in the study countries have changed as follows:

(1) They have shifted away from reliance on traditional wholesale markets for fresh produce toward the use of specialized wholesalers dedicated to supermarkets;

(2) Procurement has been consolidated through the use of centralized distribution centers that serve the entire a supermarket chain in a zone or a country.The specialized wholesalers classify the quality of products collected from suppliers, often produce fruits and vegetables themselves, and often have semi-contractual relations with suppliers (providing them with credit or technical assistance, or specifying the quality and safety standards required by final buyers).

Why has the shift from traditional wholesalers to specialized wholesalers occurred? Supermarket chains tend to find that traditional wholesalers provide an inferior products because they do not adhere to quality and safety standards and that they provide inadequate service because they wield significant bargaining power in the wholesale markets. Supermarkets continue to procure from traditional, or non specialized, wholesale markets only when they cannot make arrangements directly with producers through existing distribution centers.

It is important for supermarkets to distinguish between quality and safety issues with regard to fresh fruits and vegetables. In general, the primary standard imposed by supermarket chains in the study countries is for quality, relating to appearance and size. This standard is strictly enforced and monitored in every shipment from the distribution centers of specialized wholesalers responsible for procurement of fresh produce.

Interview after interview in our studies clearly shows that once the hurdle of cost is passed, quality becomes the central focus of the procurement agent. In the predominant supermarket chains in the most demanding consumer markets, particularly Brazil and, increasingly, Costa Rica, product safety nearly matches quality as the main consideration in procurement after cost. Supermarkets compete with each other primarily on the basis of cost, and therefore tend to stay within 10-30 percent of prices set at the street fairs and central markets that still dominate informal, or traditional, retail of fresh produce.

Thus, quality becomes crucial in differentiating the supermarkets’ products from that traditional markets and street fairs. With the help of centralized, mass procurement of products adhering to specified quality standards, supermarkets hope to drive down costs over time while maintaining quality and thus increase market shares. Supermarket chains are helped in this regard by their decision not to pay producers a price premium for goods of high quality. Instead, they set a price and then screen for minimum levels of quality. In all the chains we studied, the supplier must maintain quality and bears the cost of products that do not meet specified quality standards.

With respect to the safety issues (presence of microbial pathogens or pesticide residues) related to fresh fruits and vegetables, sharply declining levels of standards are imposed by supermarkets as one goes from the more developed to the less developed countries within Latin America.

How the chains use safety as a marketing tool varies. The lead chains in both Brazil and Costa Rica do not make specific product safety claims, but they do allow suppliers to use such labeling even though the chains do not verify the claims on the labels. Supermarket chains in both countries, however, do
tell consumers that they test for water safety and pesticide residues in an effort to project a more positive image of their fresh fruits and vegetables

In Guatemala, Honduras, and Nicaragua some products are sold with organic labels, and a few products from a major supplier are sold with third-party certification for food safety. But the supermarket chains do not require or enforce any fresh produce safety certification except for organic produce. Some
suppliers do undertake voluntary safety labeling on a few products, in order to gain a competitive edge.

The use of safety labeling in Guatemala is the result of an unique program that promises to be adopted by Guatemalan supermarket chains and that could be a useful model for other countries. The Agricultural and Environmental Integral Protection Program (PIPAA) is a public-private entity that is in
charge of meeting the export standards required by importing countries.

The key points concerning quality and safety standards and the procurement systems that supermarkets in Latin America use for fresh produce can be summarized as follows:

(2) in the short to medium run, the incentives for supermarkets to “get quality right” will be stronger than those to “get safety right” for most fresh fruits and vegetables (leafy green vegetables are the exception because they have an image among consumers in most countries of being potentially unsafe);

(3) private safety certification will adopt public safety standards where they exist, or will conform to internationally established safety standards, such as Good Agricultural Practices; and

(4) supermarkets' capacity to implement quality and safety standards will increase as their buying power exceeds that of suppliers, or, in other words, the more they centralize their own procurement systems and rely on on contracts and direct relationships with producers.

The case studies have drawn on for this brief show how rapidly the adoption of quality and safety standards for fresh produce is influencing markets in Latin America. The vast majority of fresh
fruits and vegetables currently acquired by supermarkets come from medium to large farms. As supermarkets compete with each other and with the informal sector, they will not raise consumer prices in order to pay for the farm-level investments needed to meet quality and safety requirements. Thus a challenge is presented to farmers.

Small farmers face an especially difficult challenge, because they lack access to credit and have the burden of large fixed costs. Higher quality and safety standards mean that consumers will ingest fewer pesticides and harmful microbes, and generally eat higher-quality fresh produce, but they also mean that agricultural development programs must take on the responsibility and challenge of assisting small farmers in making the transition to producing safer and higher-quality produce.This is especially important in the study countries, given their weak public support systems for agriculture.

Hi, I am Parimal Samanta, I am an Indian. I have passed high school from village school. Keep yourself healthy and help others stay healthy.